Our Move to Michigan

Reconnecting our brand to the legacy of American entrepreneur Joseph A. Magnus. 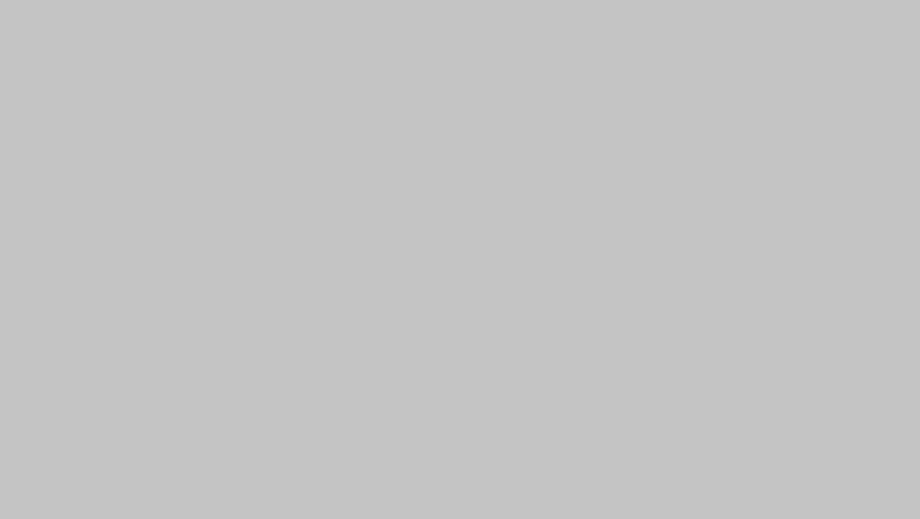 Joseph Magnus is welcomed to the world by his parents, Saul and Rebecca, in Rome, Georgia. His first job, as a young boy, is as a delivery boy for the atlanta constitution.

Magnus works as a traveling salesman (almost assuredly in liquor sales) in Atlanta, Georgia. He lives with his mother, brother, and two sisters. His father was killed in 1864 (Magnus was 6 years old) during the Civil War. 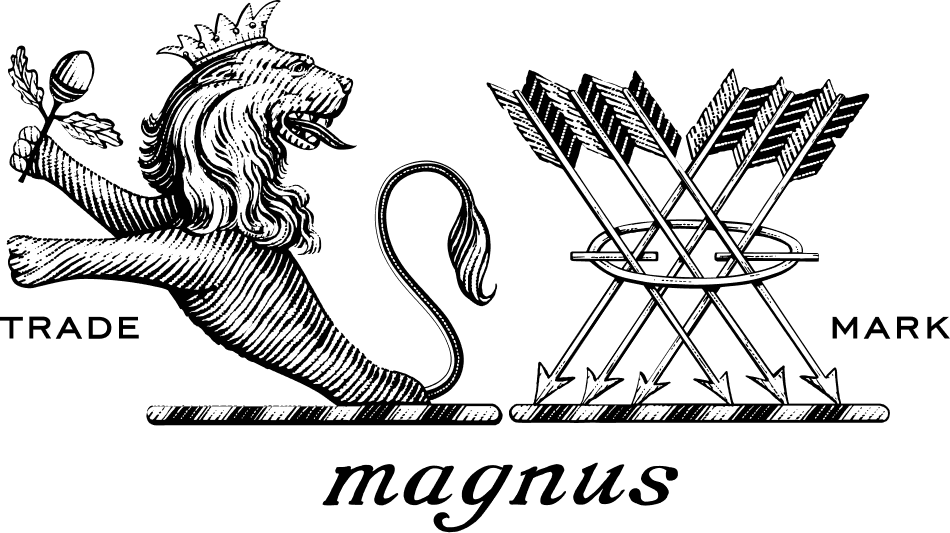 Jos. A. Magnus Co. is established. Magnus insists on nothing short of perfection, priding himself not only on the quality and age of his spirits, but on intelligent and honorable business methods. 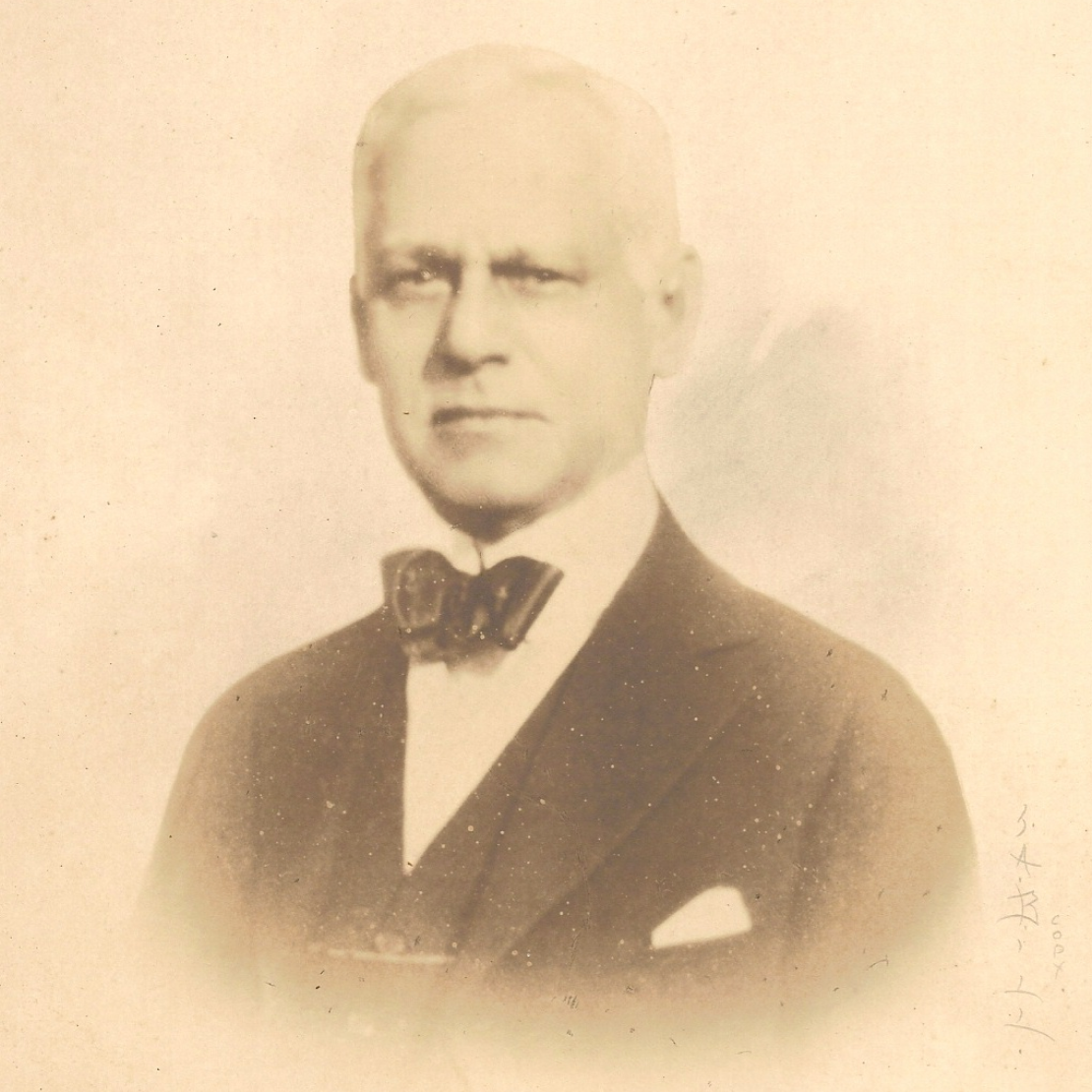 The 1900 U.S. Census confirms Magnus’ home is in Cincinnati, Ohio, where he lives with his wife Helena Eleanor, and their four children. Magnus’ given occupation is “wholesale liquors.”

Jos. A. Magnus Co. moves to its permanent location at 121-125 East Eighth Street in Cincinnati, OH. He bottles his bourbon in both amber and clear glass bottles embossed with his elaborate trademark. Almost 20 different brands are created by Magnus early in the 20th Century, including “Apollo Club Rye,” “Magnus Horseshoe,” “Tom Boone’s Old Randolph,” “Uncle Bob,” and more. His flagship product, however, is Murray Hill Club, celebrating a New York City saloon. 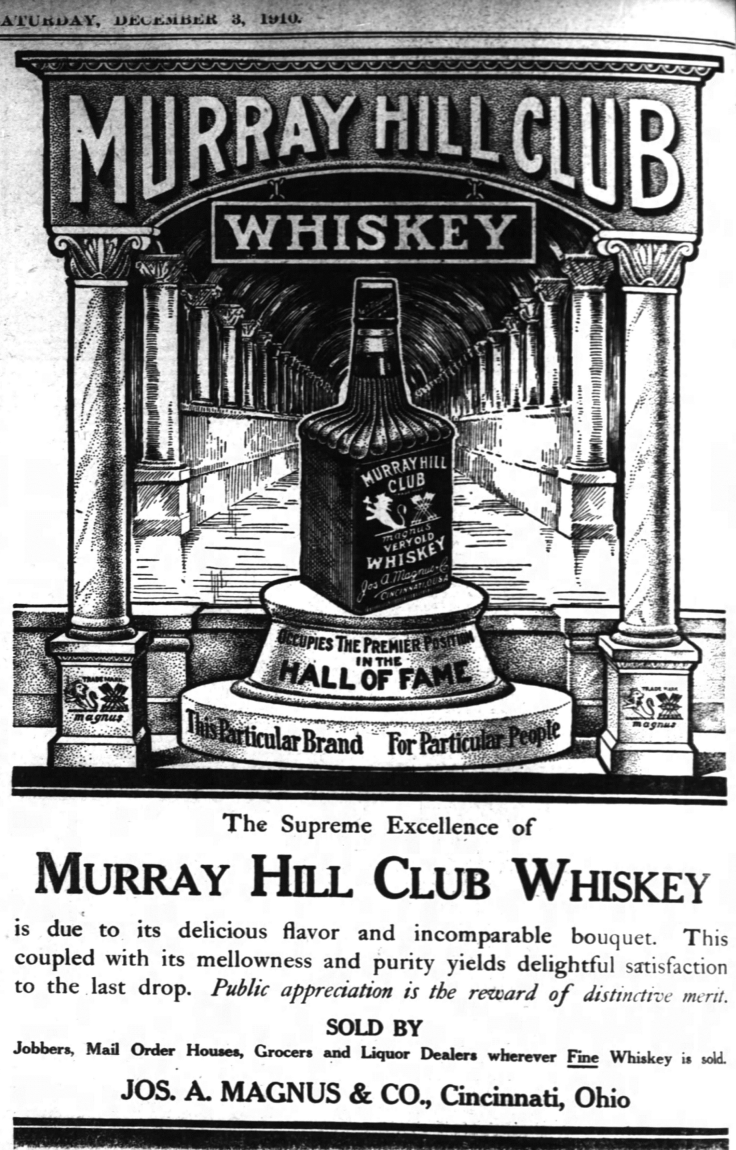 The Supreme Excellence of Murray Hill Club Whiskey is due to its delicious flavor and incomparable bouquet. This coupled with its mellowness and purity yields delightful satisfaction to the last drop. Public appreciation is the reward of distinctive merit.

Magnus builds two homes in Oden, Michigan, one of which is known as “one of the finest in the North country.” He becomes known as an active and philanthropic member of the community, building a pagoda in the railroad park and a baseball stadium in Petoskey. He hunts deer regularly, which is what drew him to Northern Michigan. 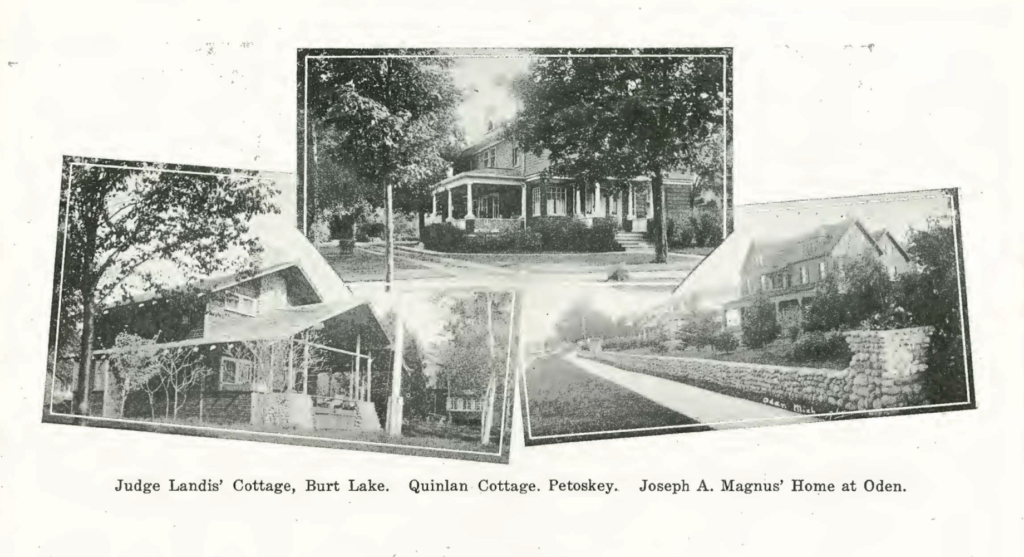 The Magnus summer place, the big red building, still intact, was and is, still the show place after 65 or more years.

Magnus builds a boat house and golf course in Oden, Michigan, named The Oden Boat and Golf Club. The original boathouse includes a rustic arched bridge and is used by pedestrians to access docks along the lake. 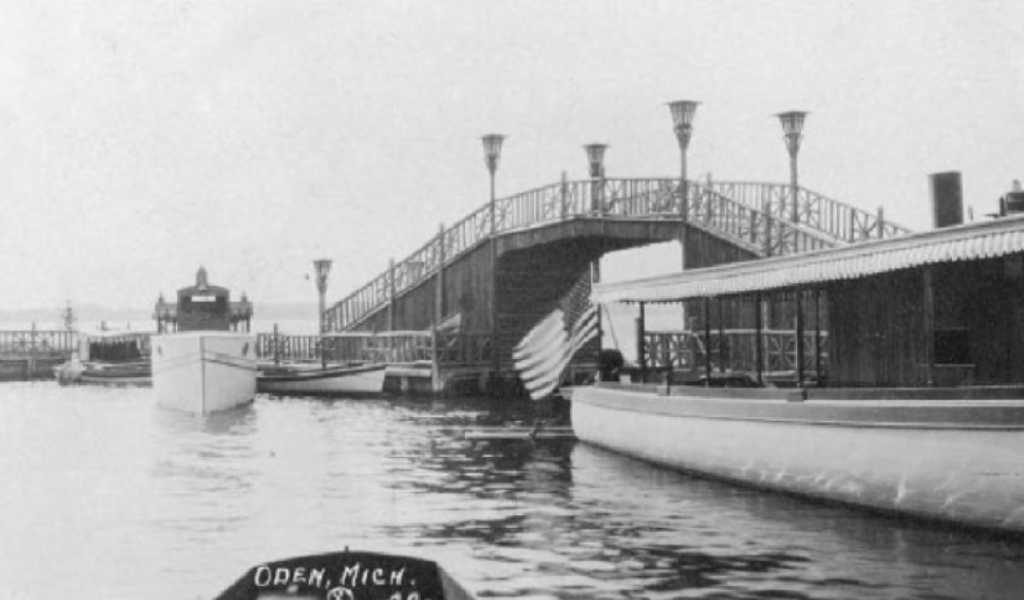 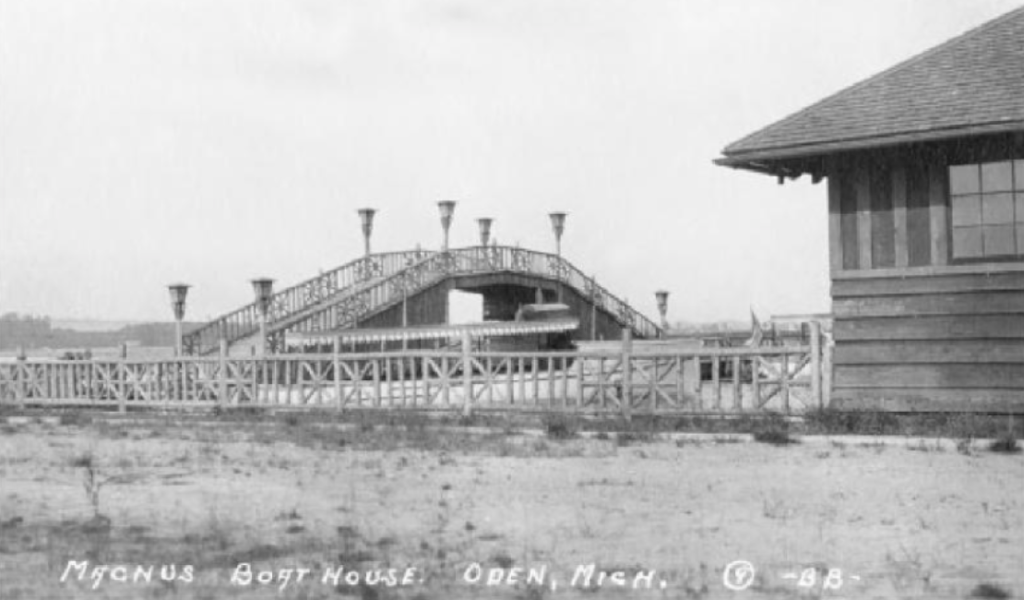 Saul Magnus, Joseph’s son, is cited as an associate by Jos. A. Magnus & Co. in a Cincinnati Chamber of Commerce report.

The imminent arrival of National Prohibition in 1918 causes Magnus to pause his whiskey production and sales. He retires to Michigan, spending his winters at the Perry Hotel in Petoskey (which was winterized) and his summers at the largest of his two homes in Oden. Magnus is good friends with John Galster, mayor of Petoskey from 1921-1925. 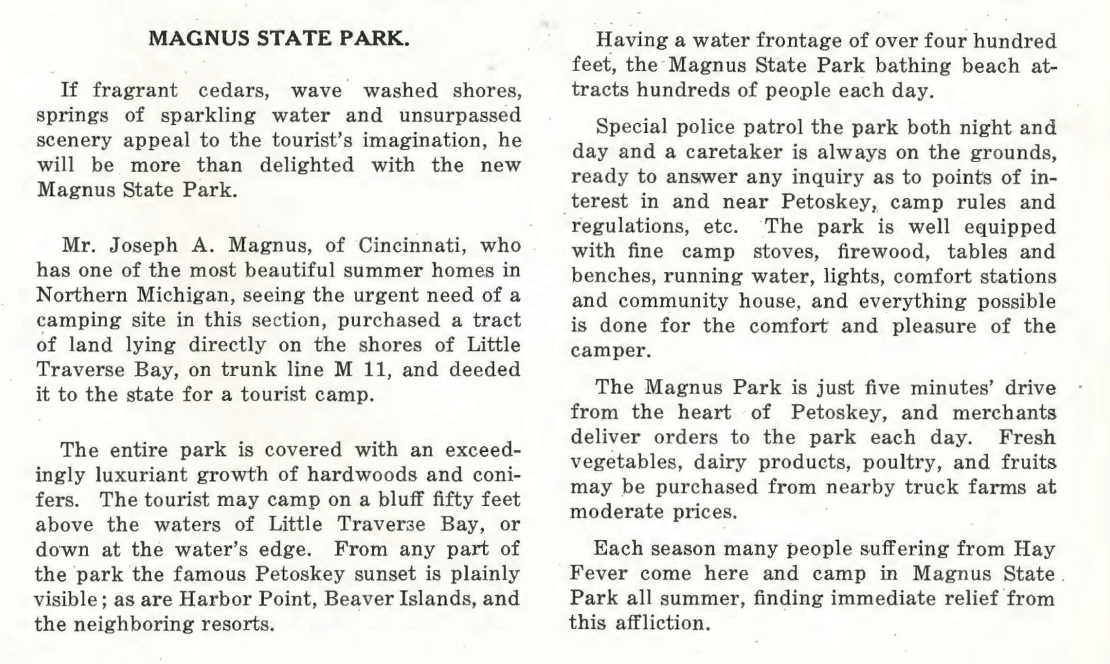 Magnus purchases a tract of land on the shores of Little Traverse Bay and donates it to the City of Petoskey for a tourist camp. Magnus State Park has more than 400 feet of water frontage and attracts hundreds of people each day. Today, Magnus Park, now with 1,000 feet of shoreline, is located at the end of West Lake Street, just blocks from the Historic Gaslight District of Downtown Petoskey.

Joseph Magnus passes away in Michigan and is laid to rest in the United Jewish Cemetery in Cincinnati.

Magnus’ great grandson, Jimmy Turner, discovers a few carefully preserved bottles of 122-year-old Murray Hill Club Whiskey among family articles. He embarks on a journey to learn more about his great grandfather’s past and assembles a panel of experts to extract a few milliliters from a bottle to taste, test, and reproduce, if possible. The experts are stunned to discover it is one of the greatest bourbons they had ever tasted. The bottle shown here belonged to Julian Magnus, the younger of Magnus’ two grandchildren. It was opened and tasted in Louisville in June 2014. 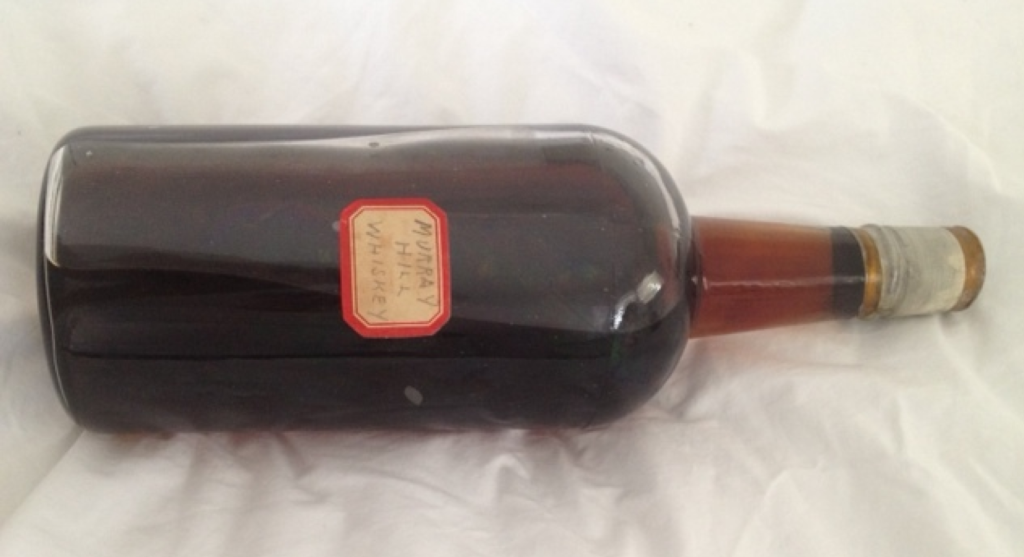 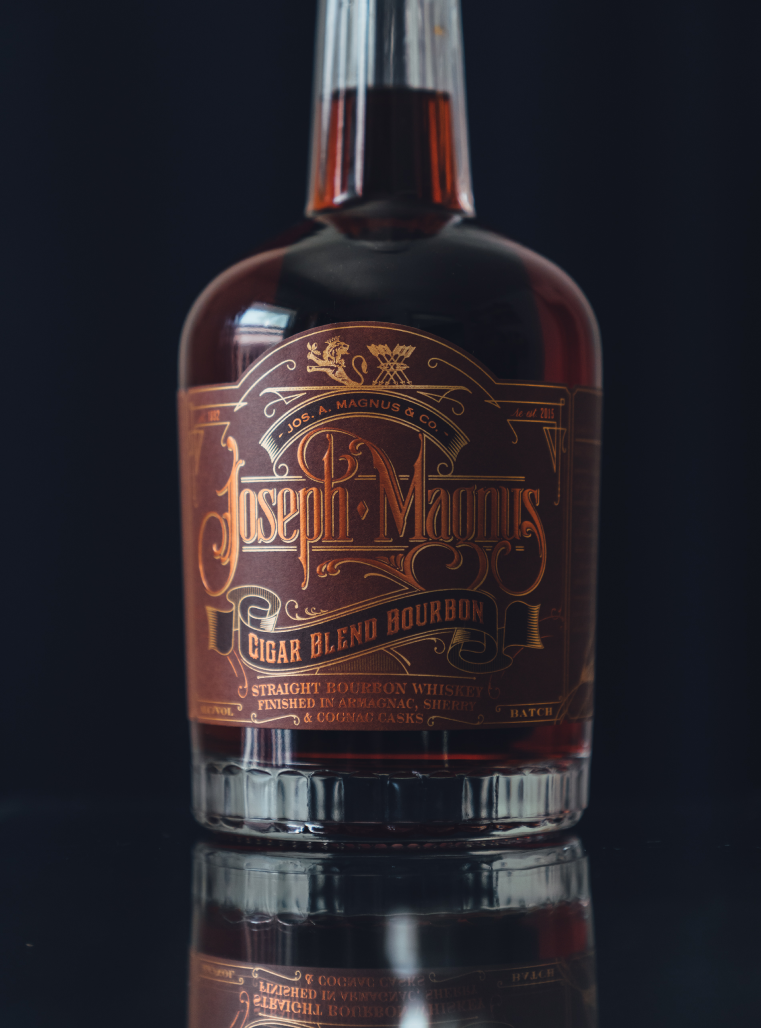 Jos. A. Magnus Co. releases its inaugural batch Murray Hill Club, an homage to Magnus’ most well-known brand, and Joseph Magnus’ Cigar Blend. The company also releases J.A. Magnus Reserve, a bottle that sells for $1,000 and sold out within a month.

Jos. A. Magnus Co. relocates to Holland, Michigan, and reconnects the brand to the legacy of Joseph A. Magnus, who spent many years overlooking Lake Michigan in Oden, Michigan. Read the full press release here.

Jos. A. Magnus Co. continues to grow in popularity and is now available in 33 states across the nation. Each spirit is excellent and, as Joseph Magnus insisted, his spirits are still “a means to promote good conversation, close fellowship, and the interchange of kindly deeds and pleasant thoughts.”